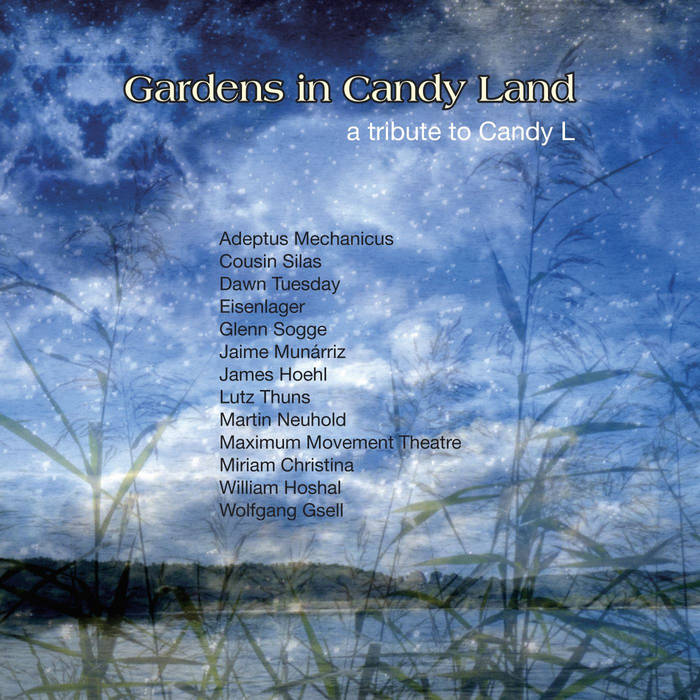 Gardens in Candy Land
~ a tribute to Candy L ~

Through her Studio 4632 label and the shows on Modul303.com net radio, she has given spaces for many musicians to spread their wings. She has discovered artists, provided others with a wider audience, and rescued albums that could have disappeared into the detritus of the Internet. She has collaborated on tracks or albums with many of the artists on this release.

Candy has taken chances on some of us and given others a safe home to inhabit. A community of artists and listeners has grown on social media and the interconnections of labels, shows, and other communities has been strengthened with her determination, openness, unending support, and seemingly boundless energy.

For all this, she has never asked for more than the opportunity to help share our music! For those opportunities, we are grateful. This gratitude was the genesis of this "super secret project" begun a couple of months ago. Assembling the cast of characters was easy as so many wanted to help say "Thank you, Candy!"

Literally days after this project began, Candy has hospitalized for two months because of a serious health issue. She is back in the saddle again, releasing albums and supporting artists. All of her work takes time, energy, and money. To help alleviate a little of the pressure, ALL proceeds from sales of this release will be donated to Candy and Studio 4632.

The album can be downloaded for free (just enter $0.00 as your price) but consider paying what this 100-minute collection of sounds from England, Germany, Spain, the United States, and the Netherlands is worth to you and to the future support of excellent music.

Curated and mastered by Glenn Sogge

Bandcamp Daily  your guide to the world of Bandcamp

Cannibal Corpse's George "Corpsegrinder" Fisher stops by for an interview